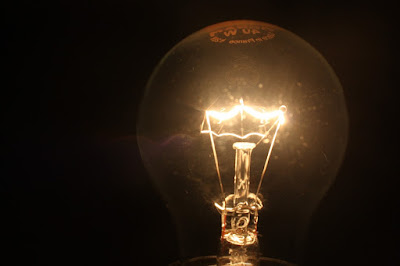 It's something that's been apparent to me almost my entire career: little libraries have just as many - if not more - big ideas as do big libraries, but our budgets and personnel constraints make it so that we have a hard time getting the word out. I remember distinctly attending ALA Annual in DC back in 2010, walking over to have a conversation with someone at the Dark Horse Comics booth (we'd emailed before, and I wanted to say hi in person, and then later overhearing a remark about how cool it was that librarians were adding comics and graphic novels to their collections. I was flabbergasted. I'd been in charge of a graphic novel collection for most of my career - probably about 6 years - at that point. How was it that people thought libraries didn't do that thing?

And that's not the only instance I've seen in the 14 years since I started my first job in a library. Necessity sometimes truly is the mother of invention, so when your choice is between some fancy new expensive thing and keeping the lights on... you get creative. Small libraries - particularly small public libraries from whom I've shamelessly stolen ideas for years - are hot beds of creativity. Gaming in libraries. Maker spaces that go beyond a 3D printer. Outreach at places you'd never expect it, like a book club that meets in a brew pub. Art shows. The list goes on and on.

Now I need you to bear with me as I try to make this next point, because I'm not exactly sure where this will end up. I know a few things, though. I know that the cost of attending conferences, even smallish local ones, is cost prohibitive for too many people. Further, there are only so many slots for online presentations. I know that a lot of you are going to talk about the amazing connections you can make and enhance when you go to conferences in person, and you're not wrong. I've spent literally thousands of dollars out of my own pocket over the last 5 years to attend conferences, so I know. But I also know that my situation isn't common and not everyone can afford to do what I did.

Further, what about publications? I've tried to make LtaYL a bit of a platform for sharing ideas and innovation. There are plenty of other publications that do the same - The Journal of Creative Library Practice and In the Library with the Lead Pipe come immediately to mind. But what about the people who are so busy keeping their libraries open and running that they have no time to write?

This isn't the first nor will it be the last time I discuss this problem, but it's gotten so much more frustrating lately. Admittedly, part of it is because I see big name/big school libraries getting lauded for doing things those of us at smaller libraries have been doing for years, and it stings. It really stings. Beyond the selfish aspect of this, though, is the fact that we really are missing out on some amazing ideas.

So, how can we solve this problem? Scholarships are good, but don't go far. Can we get more committees - particularly committees that are part of national organizations - to go digital? I'm not sure how to answer this issue, since my own solution was to dig into my own bank account. So, really, what ideas do you have?
Posted by Jessica Olin at 9:27 AM