Why I Hate Quantitative Data 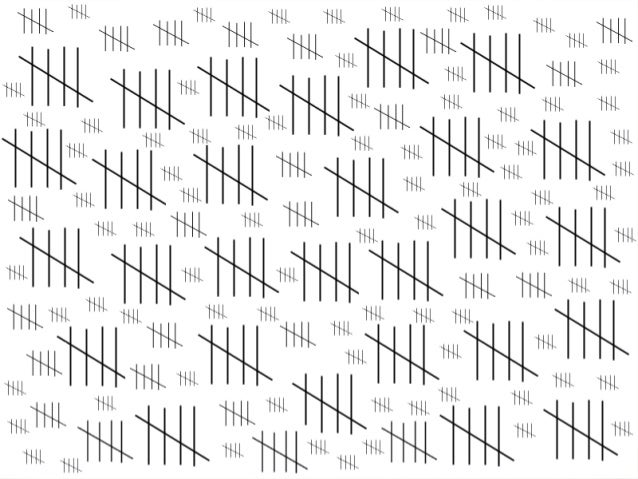 We've been talking about assessment a lot at work. More importantly, we're talking about meaningful assessment, which is good because if we were only going to discuss counting things - inputs and outputs - I'd roll my eyes so hard that I could possibly do damage to my ocular nerve. And then I'd pass out from boredom.

I should be honest, though. I don't actually hate quantitative data. It can be useful, especially when you're trying to make staffing decisions, to know when your busy times are. Also, some upper administrators like numbers better than stories. (I still think you need to know why people are coming into the library to understand the meaning of head counts.) Really, what I hate is the supremacy of the count-all-the-things mentality, which frequently rules supreme because people think it's easier. It's not actually easier, if you really want to do it right, but people think it is. Here's a list of things that people don't seem to consider:

Instead of gathering numbers because "we've always done it this way" or "we need to give them some data", try thinking about why you want the information. If you're trying to make decisions about staffing levels, numbers are exactly the thing to do. But if you're trying to learn what gaps you have in your collection, you'll need to gather a different kind of information as part of reference interactions. Also try thinking about how you'll use the information. If it's a report that you've sent to the provost every month for years and years, maybe ask your director to check with the provost to see if they find the report useful.

There are so many good places to look for qualitative assessment tools in libraries. The Ethnographic Research in Illinois Academic Libraries (ERIAL) Project is a good place to start if you're new to the idea. I've used a lot of techniques I learned from reading that website and a book that came out of the project, College Libraries and Student Culture: What We Now Know. Also attended a talk given by one of the authors, Andrew Asher, a few years ago. And that's what you should do - look to see what resources you can find at conferences. Do a quick search in an education database for "qualitative assessment and libraries". If you're at an academic library, go talk to people in the sociology department or anthropology department or pretty much any social sciences.

I want to say this again: it's not so much that I hate quantitative data as that I hate our over-reliance on it as some kind of be-all-end-all method of assessment. We need to have more ways of looking at how we're doing than just counting inputs and outputs. I hope I've convinced you of that.
Posted by Jessica Olin at 12:36 PM

Email ThisBlogThis!Share to TwitterShare to FacebookShare to Pinterest
Labels: Assessment