Some Thoughts About Laptops 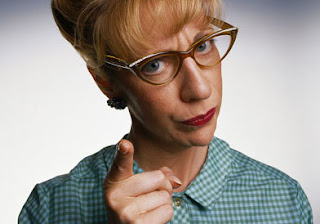 There's been a recurrence of the "ban laptops! it's pedagogy!!1!" bug floating around on social media lately, with people coming down solidly pro and con the idea of forbidding students electronics. I decided to write this short post because I want to take a moment to address a point that I haven't seen mentioned yet.

Before I rant about my main point, I want to get a few things out of the way. I have to admit I banned electronics from my classroom early on when I was an adjunct, but I've since realized it was a mistake. Banning laptops and electronics from your classroom is beyond ableist. Also, if your classroom management skills are so bad that you have to outlaw an entire class of tools, isn't that more about you than about the students? But the thing that bothers me about professors waggling their fingers at students for laptop usage, that I haven't seen mentioned yet, is how infantalizing it is.

Especially in the college classroom, aren't we talking about legal adults? Granted, you'll have an occasional high school student taking a class under a dual enrollment program or someone who skipped a grade or has a late birthday and sneaks in under the wire. But even those individuals know that it's a college classroom - geared towards people who are 18 or older. And if they're adults, old enough to vote and to die for their country, shouldn't they be responsible for their own behavior and suffer the consequences?

It comes down to this: if you don't pay attention in class, you fail the test or the essay or whatever. If you fail an assignment, or even a class, you (hopefully) learn from your mistake and pay better attention in the future. I'll never forget the first F I got. It was in college, and it broke my heart, but I'd let my personal life get in the way of my studies and I had to pay the price. I came back so much stronger the following semester.

Don't get me wrong - I respect academic freedom and acknowledge that each professor has the right to run their classroom, in general, the way they want. But! Banning laptops is wrong on so many levels. It's ableist and lazy and, without a doubt, infantalizing.
Posted by Jessica Olin at 9:30 AM