I feel like I've been giving a lot of pep talks lately, and been needing them a bit, too. So many things can bring out our deepest insecurities - new jobs, new responsibilities, mistakes - that I thought it was time for me to write an all purpose pep talk. Or as all purpose as I can make it. Also, feel free to mix and match and use this guide to give your own pep talks to others. 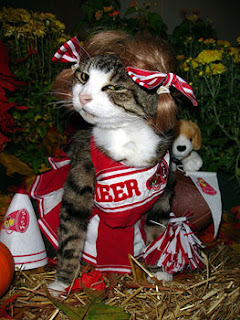