I love insects and spiders. Really, I do. I talk to moths that land near me, telling them how pretty they are. No, I don't get or expect answers. I'm careful to step over ant processions. They have as much right to exist as I do. I capture jumping spiders in my bare hands to escort them out, and anything bigger gets removed with a cup and a piece of cardboard. I think they're fascinating and a lot of them are adorable to me.

Don't get me wrong: I'll still swat a mosquito or spray a wasp nest if it's being built on my porch, which both my cats and I use. But really, I love bugs. And thanks to a friend, I recently found out that there's an insect museum just up the road from me in Philadelphia. So of course I took myself there. Here's some of what I saw: 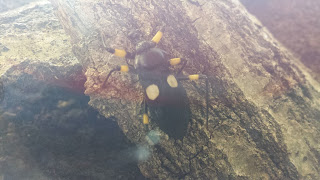 That's a White Spotted Assassin Bug. They're native to West and Southwest Africa. Bonus for those of you who don't like bugs: they prey on cockroaches! 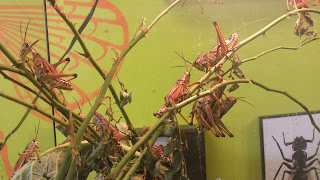 Lubber Grasshoppers are native to parts of the United States, so if they look familiar that's why. According to the sign at the Insectarium, they are named for the weird way they walk. 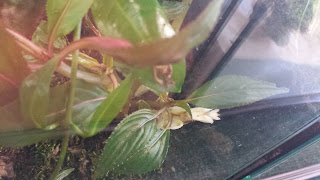 This Orchid Mantis was playing peekaboo with me. They're from Southeast Asia. Doesn't it look like it could be part of the plant? 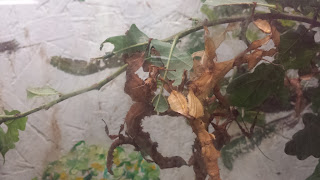 The tank with the Macleay's Spectre Stick Insects caught my attention for a while. They come from Australia, and can grow up to EIGHT INCHES LONG! 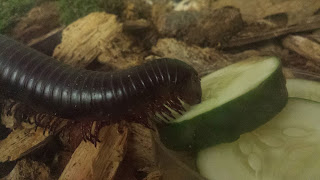 I fell a little in love with the Giant Black African Millipedes. I like cucumbers a lot, too. They are native to a large part of Africa. They have a life expectancy of 5-7 years and are often kept as pets! 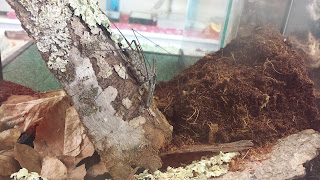 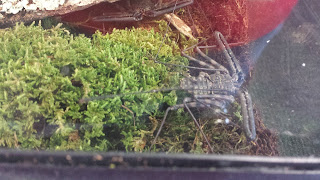 This was the best part of the day. These are Tanzanian Giant Tailless Whipscorpions. You'll find them both in Tanzania and in Kenya. They're harmless to humans, and I got to HOLD ONE! It was delicate and light and completely unfazed by me.


I left out most of the insects that I knew would really bother people, like the Madagascar Hissing Cockroach (although I did get to pet one!). I find insects and arachnids, like my friend the whipscorpion, fascinating. Yes, I even like wasps unless they insist on building in spaces where my cats go. I figure if you've made it this far in the post that you like 'em, too, so share yours in the comments?
Posted by Jessica Olin at 9:04 AM

Email ThisBlogThis!Share to TwitterShare to FacebookShare to Pinterest
Labels: Animals, Just For Fun