Just For Fun: To Boldly Go

The main reason I'm a little ashamed that I've never written about Star Trek? I've been a fan of this show so long that I can't remember a time when Star Trek wasn't a part of my life. As a child... my parents... loved... to watch reruns... of the original series. (My best effort to put Shatnerian acting methods into print representation.) I rejoiced loud and long when The Next Generation was produced. I've watched every episode of DS9 and Voyager and seen all the movies. I have comic books and novels based in the Trek universe. No, I haven't yet watched Enterprise, but other than that I'm a pretty obsessive fan.

There's just something about Gene Roddenberry's vision of the future, even when it's interpreted by others, that captures and enchants me. It's a place I'd like "to boldly go" myself, even if that split infinitive gets on my nerve every time.

In no particular order, here are some of my thoughts about this most important of fandoms:

I don't care how popular it is to make fun of him, I like Neelix. 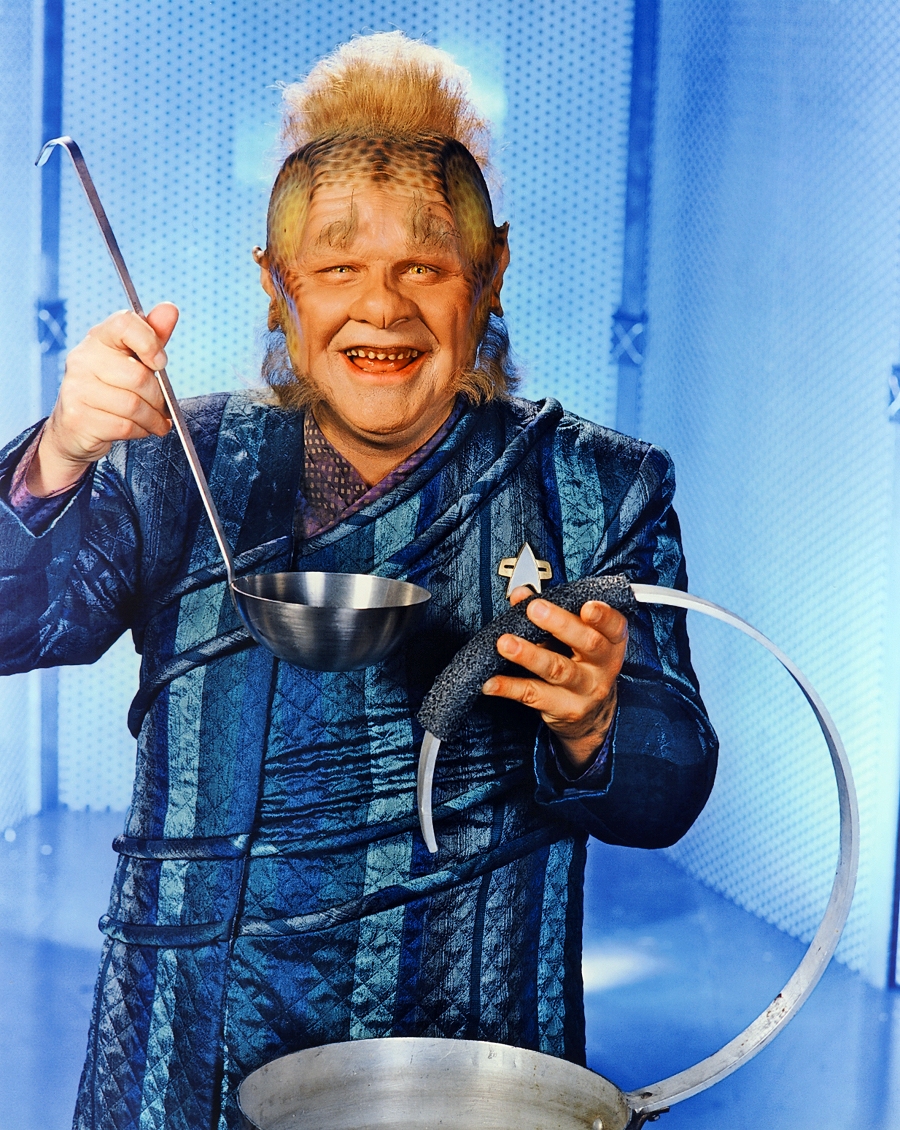 I love the bromance between him and Tuvok. I love Neelix's "I've seen some bad shit and decided to let it push me to be even more positive about life and people" attitude. The weird recipes always make me smile. I even love his fashion sense, or lack thereof. 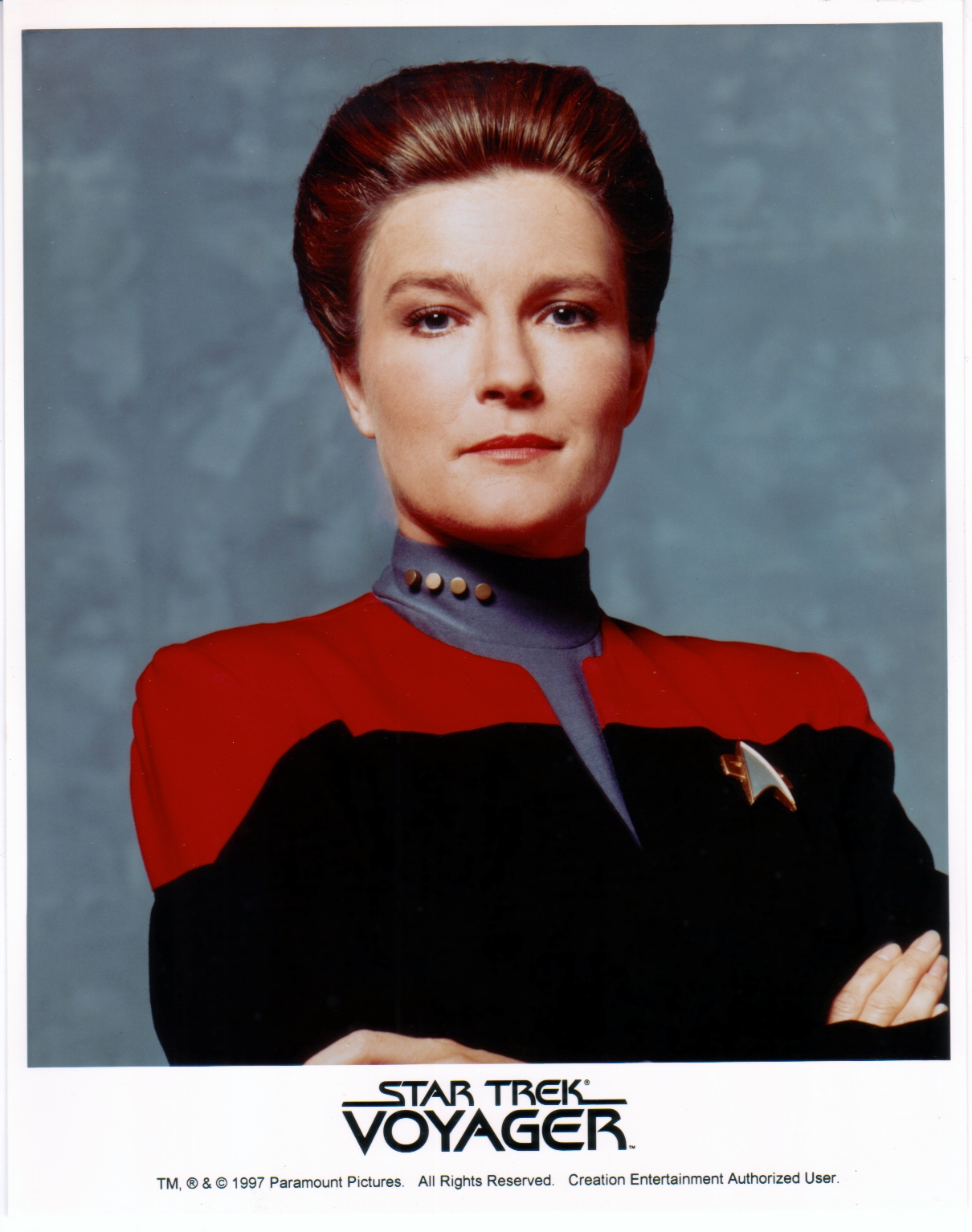 Janeway is my captain. It's not just because she's a woman, but that doesn't hurt. She's strong and smart and quick to act and really cares about her crew. She's not afraid to admit her mistakes, but she's also not afraid to try new things. She is the ultimate example of "making the best of a bad situation," and she does it with style and grace. (By the way, thanks again to Anna for giving me one of my favorite catchphrases.) 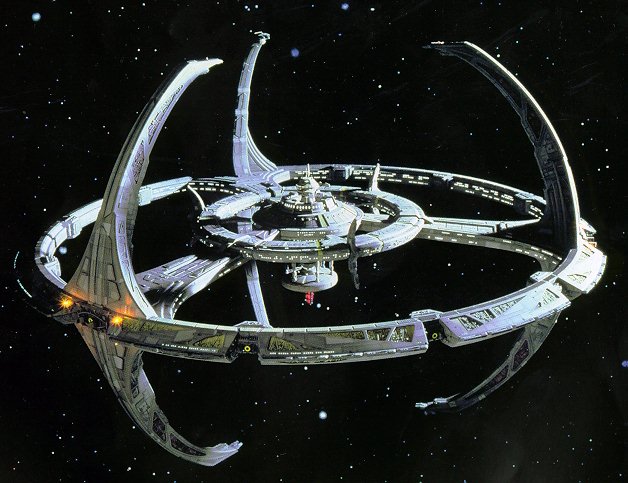 Janeway might be my captain, but DS9 is my show. The Federation might have gotten it all figured out, but not everyone is going to be so enlightened, and this series highlights the conflicts between a civilization that is post-all-the-bad-things and civilizations who are still more concerned with commerce and conquest. There are still plenty of homily-ish episodes in DS9, but I love the realness of this show. 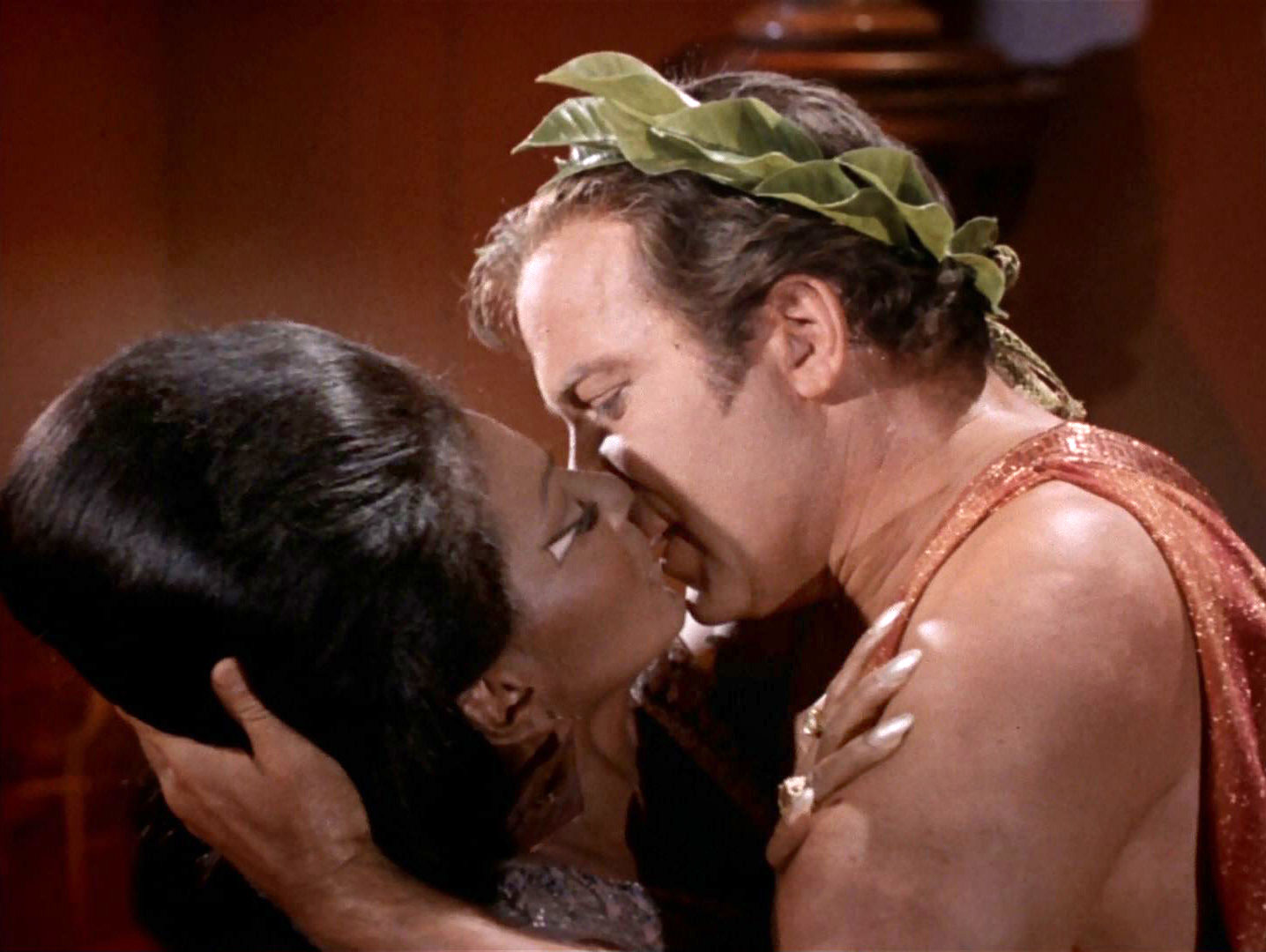 Speaking of homilies and life lessons and social commentary, how about that first interracial kiss up there? DS9 had a lesbian kiss. Star Trek did not shy away from important issues, ever.

In between handling important social issues - heck, sometimes even in the middle of those shows - Star Trek always manages to make me laugh. Whether it was Reginald Barclay's caricature of Will Riker on the holodeck, or the way Morn is always portrayed as being a blabbermouth but never actually says a word on screen, or even Neelix's habit of making Tuvok the butt of many jokes... I love it.

And that's what it comes down to. I love Star Trek. How about you?
Posted by Jessica Olin at 8:35 AM