Just For Fun: All Your Nerdy T-shirts Are Belong to Me

I have never been shy about discussing my nerdy t-shirt addiction on social media. I probably should have, because now I've got quite a few people who enable me by sending links to amazing t-shirts. Regardless, it occurred to me recently that I've never shared the true depth of my addiction. Time for me to fess up.

I did a count recently: I'm up to 31 t-shirts. Yes, you read that correctly. I know people who have more, but I also know the restraint I've shown. What's more, I've gotten rid of t-shirts in the past by giving them away either to friends or charity. If I were to share all of my shirts, that would be a forever long post. Instead, I've narrowed it down to five of my favorites: 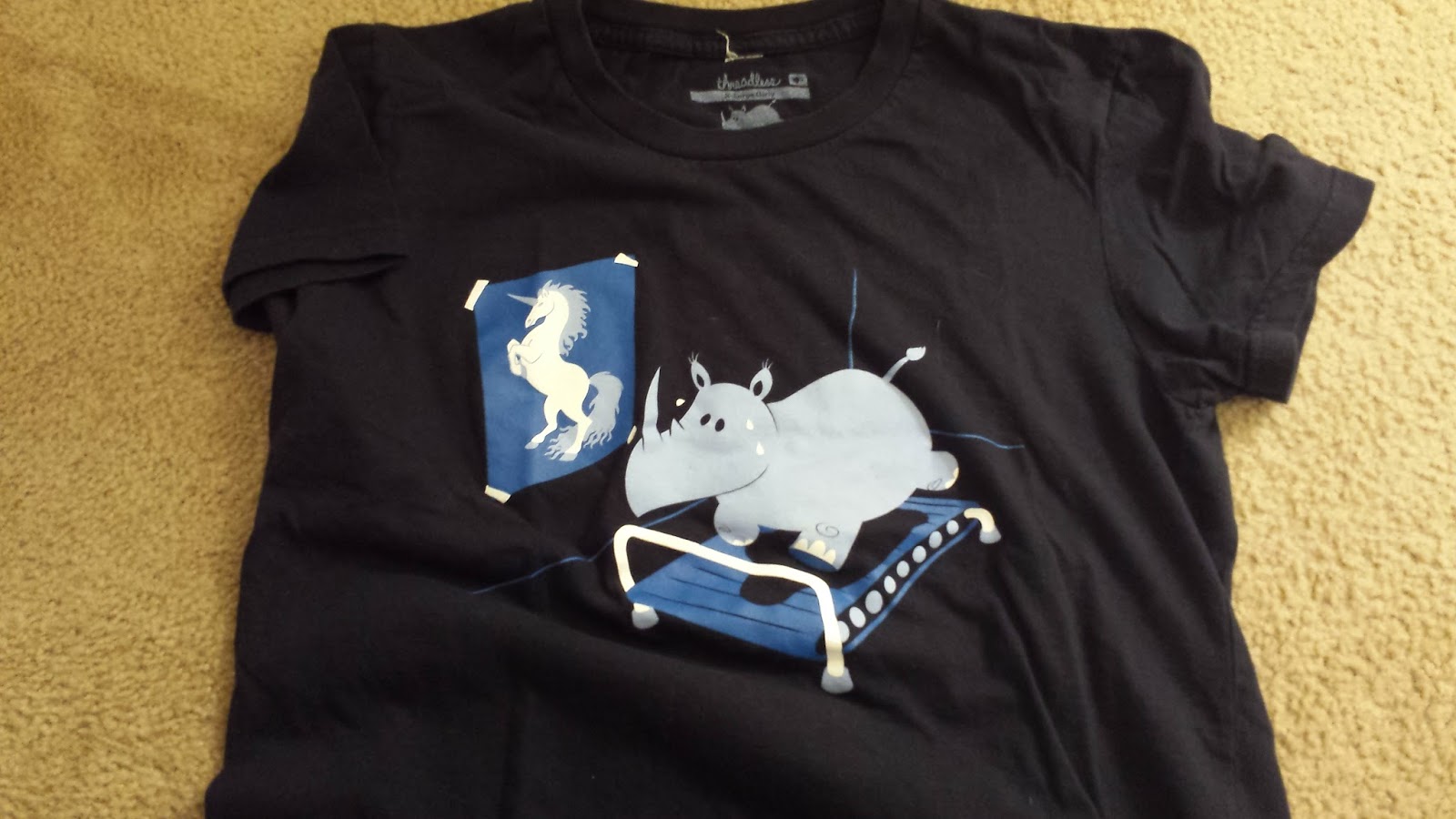 For me, this t-shirt, Running Rhino, embodies but makes light of the size acceptance movement. I don't wear it that often since I pick my t-shirts based on whomever I'm going to be around that day. There's the joke about unicorns still being around, but they gained some weight and turned gray. But rhinoceroses are fantastic in their own right. As are we all. 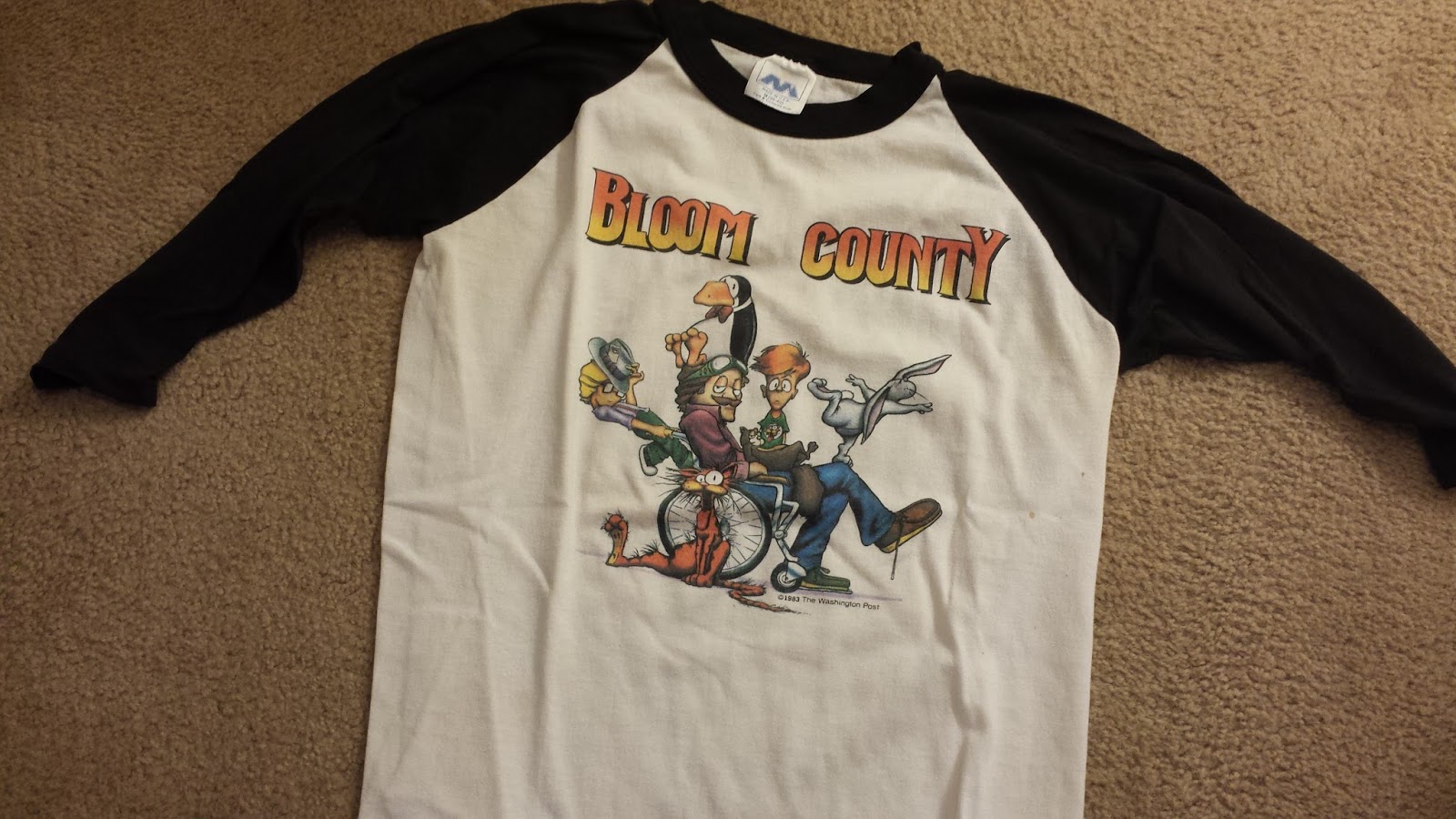 I've had this Bloom County t-shirt since the 1980s. I was/am a huge fan of Berkeley Breathed's work, and when I was still in elementary school I saved up my allowance and sent money with the form in the back of the book (that I had also bought with my own money) to buy this. 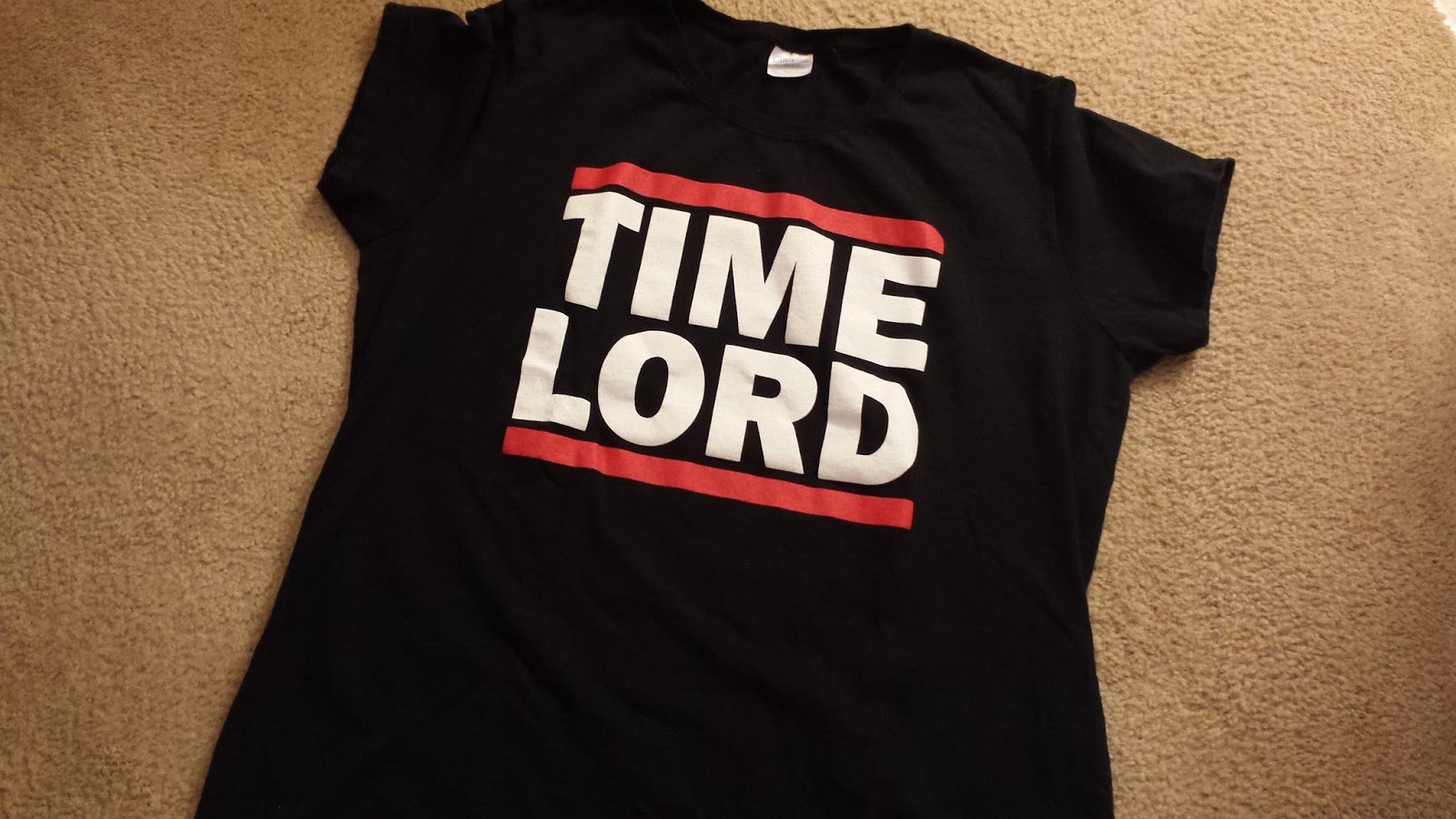 I have FOUR Doctor Who t-shirts, and another on the way. I do have a not-small obsession with that show, and have even been accused by a number of friends of actually being a Time Lord in disguise, so when one obsession meets another the results are predictable. 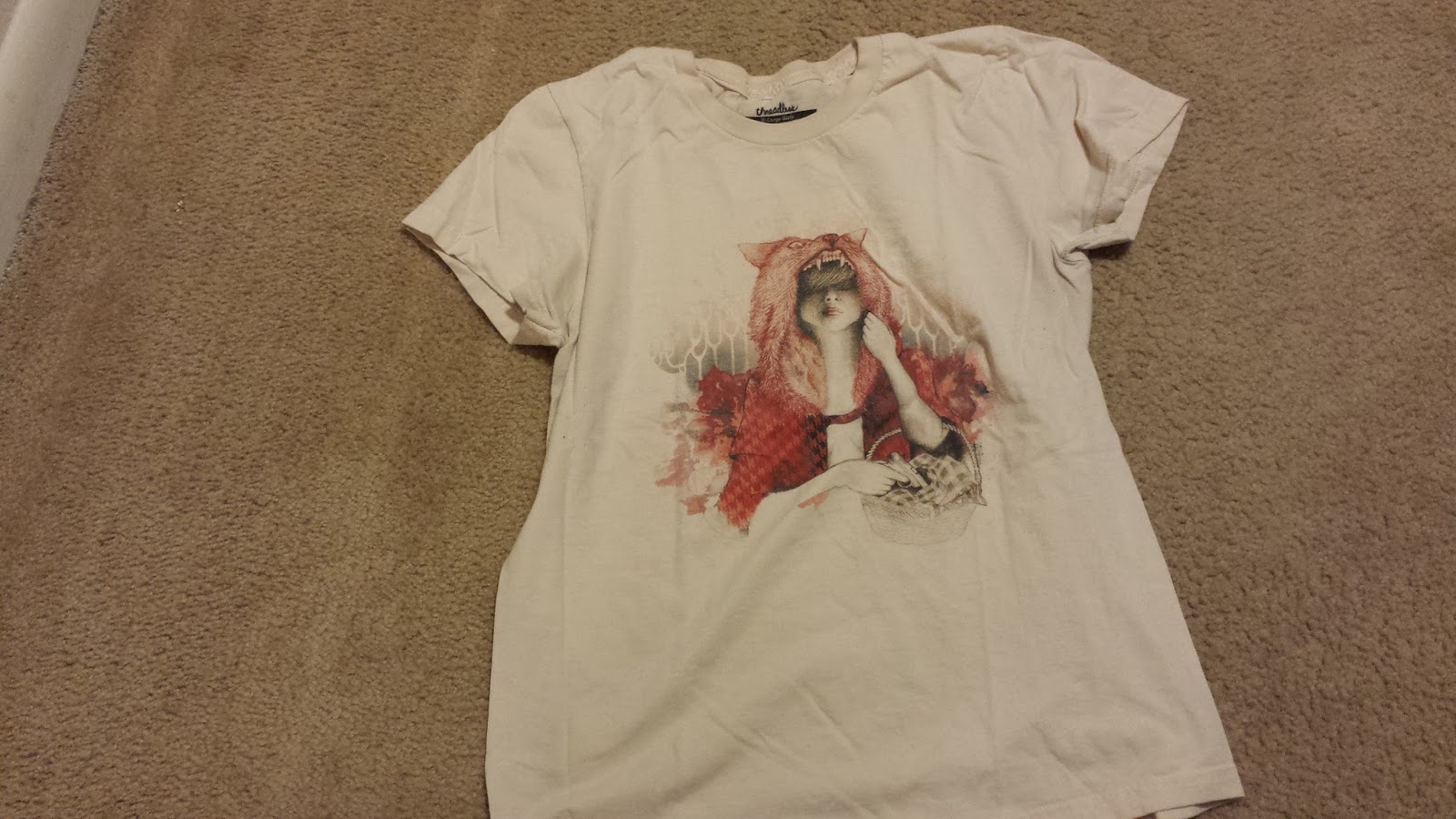 My nerdy t-shirt isn't just about mainstream nerd. I also have a deep love of fairy tales, and Little Red Riding Hood is one of my favorite stories in that genre. This t-shirt reminds me of Roald Dahl's version, which is one of the best. 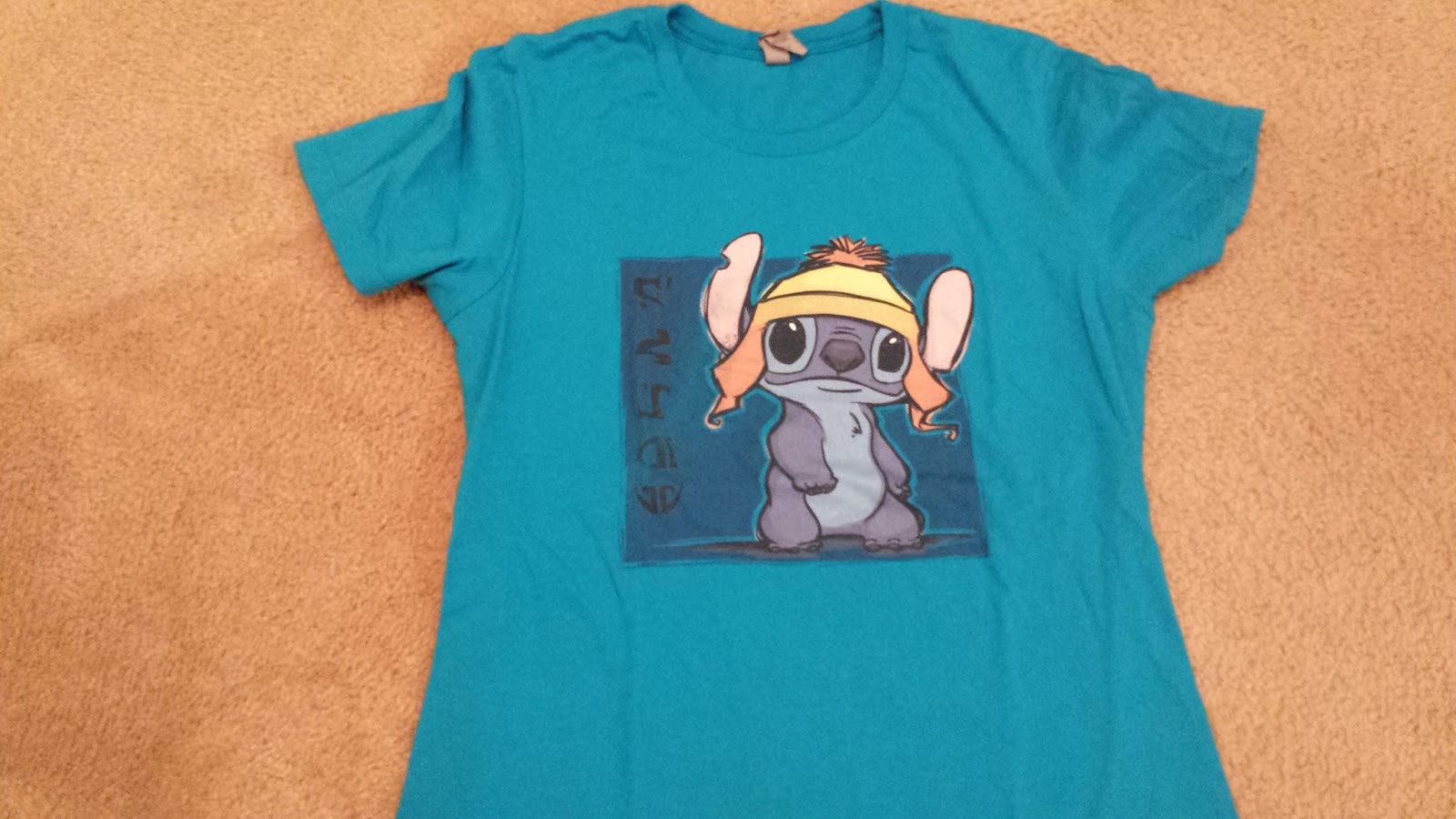 This is definitely my favorite of my recent acquisitions. With my deep love of both Firefly and Lilo & Stitch, this shirt could have been made just for me.

Beyond these, most of my fandoms are represented in my t-shirt collection. Lots of Calvin & Hobbes, Star Trek, Star Wars, Supernatural, video games, 80s cartoons, bands I love, and so on. I've promised myself I'm going to refrain from more t-shirt purchases for a while - I do have an addiction, after all. But the last time I made that promise to myself, it only lasted 6 months. So we'll see how it goes.

If you're of a similar disposition, my favorite places to shop for t-shirts are (in no order other than how I remembered them):


I know there are tons of others, but I'm going to stop there. How about you? Do you have a nerdy shirt collection? If I missed your favorite place, feel free to add it in the comments section.
Posted by Jessica Olin at 9:35 AM