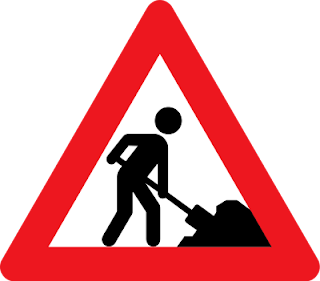 This post is part of LIS Mental Health Week 2016, an event that is being organized by Cecily Walker and Kelly McElroy. Feel free to join the conversation in the comments here, on Twitter (using the hashtag #lismentalhealth), or in any of the other ways suggested in the post I linked at the beginning of this paragraph.

I know I've touched on the idea of emotional labor on here in the past, but I wanted to talk about it in more detail for this post. The first thing you need to know about it is that emotional labor is exactly what it sounds like: it is work that involves your emotions. We're talking about putting a smile on your face and keeping it there whether you're happy or not. It's about showing a pre-approved range of emotions while working with patrons/customers/students. There are times when being in a good mood publicly is easy enough, but there are also times when it's really REALLY hard work. More important, though, is that for a lot of people in higher ed and in libraries, this is 100% of their job.

This concept was identified a long while ago, and has even been discussed in light of libraries and higher ed for decades, but I first encountered the idea early last year. That first article (I have to admit I can't remember which was the first. I've read so many since then.) was like a cool breeze. Suddenly things made sense! How I could sit all day and still be exhausted made sense. I was glad to have the science to describe something I'd known for a long time: working with the public is exhausting for reasons beyond the physical.

After I recovered from that immense sense of relief, I starting thinking about my staff. People who staff our circulation desk have duties beyond that service point, but that service point is still the primary job of every library associate. Good service is crucial in any library, but with our large proportion of first generation college students and our need to make our community as comfortable as possible, it's the top priority at my library. And all of this means that emotional labor is central to the job our library associates do.

Because it is central to their job, I need to support my staff as much as I can. I have instituted a required professional development policy - everyone must spend at least an hour each week, undisturbed and on the clock, learning. But I leave the topic up to them. Self-paced learning on a topic of their own choosing is part of the support, but more important still is the guaranteed time away from the public eye.

Emotional labor is no doubt hard work, but I think it's hard because it's so necessary. And since it's so necessary, I - as the boss - need to support the people doing the hard work. I - as the boss - need to support the mental health of my staff. This is just a small thing I've started doing, but I know I need to do more. I need to develop a safety valve for when things aren't smooth: a method for staff to experience emotions that aren't in line with those pre-approved emotions I mentioned at the beginning of this post.

My support of staff mental health is definitely a work in progress, but I wanted to share what I've done so far. I hope it inspires other administrators to institute similar programs for similar reasons.
Posted by Jessica Olin at 7:38 PM